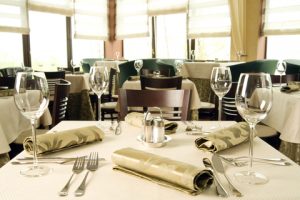 If you’re visiting or have recently relocated to Houston, you’ve probably already gotten recommendations for some of the Bayou City’s favorite long-running restaurants, such as Brennan’s and Goode Company. But have you heard anything about the latest additions to the constantly-evolving Houston restaurant scene? Here are eight recently opened or soon-to-open establishments that have already generated a lot of buzz.

Expect Gulf Coast classics with a modern influence at this new Houston Heights restaurant, which is slated to open in early spring 2015. In addition to foods like barbecue crab, grilled oysters, and house-made boudin, you’ll find a carefully curated drink menu with offerings from Gulf Coast wineries and breweries.

If you’re looking for somewhere to have a romantic dinner, you’ll want to make reservations at the intimate Bramble (opening soon), which will have just 46 dining area seats and 8 additional seats at the bar. The menu is inspired by traditional Gulf and Southern food, and drinks will include small-batch local beers and wines. A front garden, along with an open kitchen and hearth as the restaurant’s focal point, will add to the ambiance.

The restaurateurs behind popular Woodlands burger spot Fielding’s Wood Grill are expanding with another Woodlands restaurant called Fielding’s Local Kitchen, which is scheduled to open in spring 2015. Offerings will include house-made pasta and reasonably priced bistro steak cuts, and much of the food will be prepared on a wood-burning grill or in a wood-burning oven.

Foreign Correspondents is a 200-seat upscale Thai restaurant with a tentative opening date in spring 2015. Food will be locally sourced (the owners plan to shop at Asian markets in Houston and surrounding areas), and dishes are designed to be shared. Because one of the chefs is a former fishmonger, you can also expect to see a lot of flavorful seafood dishes on the menu.

Main Kitchen has already been operating for several months inside the JW Marriott Downtown, and it has received rave reviews from local foodies. As with Foreign Correspondents, dishes are designed for sharing. Bring your significant other or a small group of friends and share a cheese and charcuterie board, fig and duck pizza, or roast eggplant with a miso glaze and chile.

The February opening of this modern gastropub is just around the corner, so plan to head over to Gateway Memorial City to check it out soon. Expect to see a huge selection of craft beers, cocktails made with boutique wine spirits, and good old-fashioned American bar food.

Weights & Measures is one of the most popular new Midtown eateries, thanks to its creative restaurant/bar/bakery/cafe combination, fresh Slow Dough donuts every morning, and huge pizza oven. If you need a relaxing afternoon, bring a book and settle into their lounge area for an hour or two. You can also come in the evening for a full dinner and a few drinks.

This is, of course, a very small sampling of the many amazing new restaurants in Houston. Make the most of your time in the city and visit as many as you can.